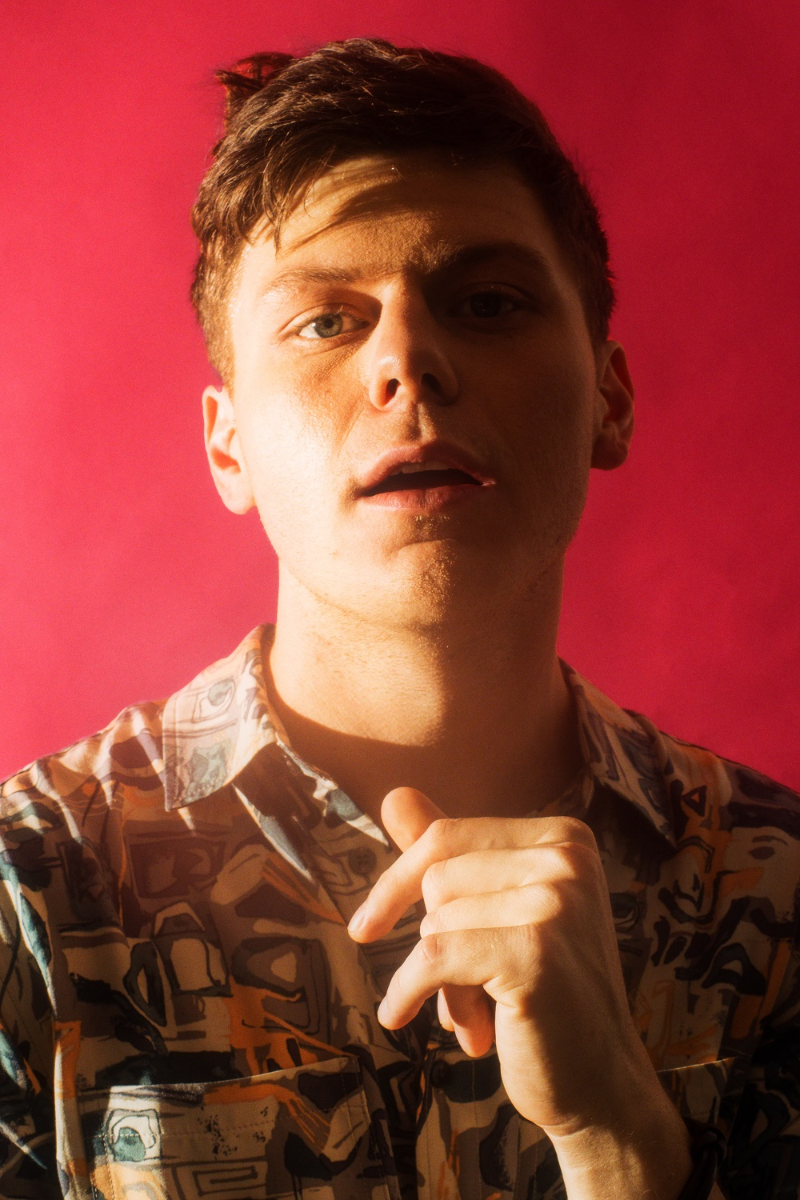 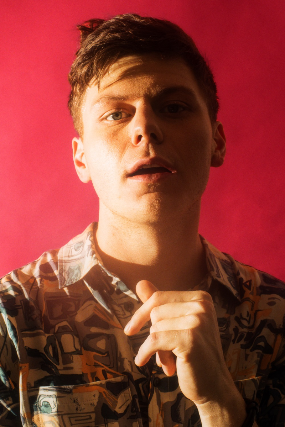 Chaz Cardigan describes his songwriting as a means of “cracking codes to emotion,” an ongoing attempt at untangling our most complex feelings. In that process, he draws from a boundless musical palette that includes everything from gigging in punk bands at the age of 11 to joining a hip-hop collective in his adopted hometown of Nashville. Backing his polymathic musicality with the pure pop sensibilities heard on songs like “Over,” Chaz now makes his debut as the first artist jointly signed to Capitol Records and Loud Robot (a new record label from J.J. Abrams’ production company, Bad Robot). His first release for the label is Vulnerabilia: a bravely confessional EP that makes a brilliant case for embracing and sharing our too-often-hidden emotions.

The follow-up to his 2017 album I, Vulnerabilia unfolds in a genre-bending take on pop, inventively detailed yet steeped in timeless melody. Although he made several tracks in collaboration with Jamie Lidell (Lianne La Havas, Hailee Steinfeld), Chaz produced the EP on his own and played every instrument, reclaiming the D.I.Y. spirit he’s long embraced in his music. “In the past I’ve felt like I was fighting an uphill battle to use more live instruments, which is why I made this on my own,” says Chaz. “The goal was to create something that feels completely fresh, but also like it could’ve been made any time in the last 20 years.”

With its title taken from a portmanteau Chaz dreamed up after completing a silent retreat at a monastery (something he does annually), Vulnerabilia is a deeply introspective body of work, closely informed by the moments of intense vulnerability that have shaped his own life (including coming out as queer to his parents, and a brief period of homelessness). On the anthemic lead single “Not OK!”, for instance, he puts forth a profound revelation about the need to celebrate imperfection. “I started going to therapy after having a bit of a burnout moment last September, and it made me reflect on where certain tendencies of mine came from,” says Chaz. “‘Not OK!’ is about realizing that some of these things are just a part of me—and that it’s all right, because everybody’s got something broken about them.”

Built on a dynamic collage of bright beats, gritty guitar riffs, and hypnotic sitar lines, “Not OK!” also echoes the unfettered imagination at the heart of Chaz’s artistry. “I was recording vocals with Jamie Lidell, and we miked an acoustic guitar through this old tape machine so that we could add a lot of weird effects and give it that distinct warble,” he recalls. “And then Jamie had a sitar lying around and we threw that in too—which I never would’ve thought to do, until being in the room with a sitar for the first time. The whole process of making the song was just so much fun.”

Another track sparked from free-form experimentation, the fuzzed-out and darkly charged “Throwing Punches” found Chaz completely reworking the song in order to more fully express its raw urgency. “‘Throwing Punches’ came from feeling incredibly drained by politics, and how everyone’s always fighting about these very surface-level things rather than dealing with systemic issues or root causes,” says Chaz. “I was working with Jamie and at one point he said to me, ‘This song should make you feel like you’re actually in a fight.’ So I went home and rewrote it all from scratch, playing with a lot of really extreme, industrial-type sounds I hadn’t tried before. Because of all that, it ended up being my favorite song on the whole project.”

A classically trained pianist who taught himself to play guitar, bass, and drums, Chaz arrived at Vulnerabilia’s kaleidoscopic sound through a lifetime of fierce musical obsession. After hearing Queen’s “Bohemian Rhapsody” for the first time at age nine, the Elizabethtown, Kentucky-born musician checked out a stack of rock-history books from his school library and soon learned about Prince and Stevie Wonder’s achievements in self-producing, then saved up money for a four-track recorder. “The early songs were really punky, a lot of screaming and distorted guitar,” he notes. Within a few years he’d immersed himself in mastering electronic production, as well as sharpening his songcraft by deconstructing the late-’90s bubblegum pop beloved by his sister and the classic songs he regularly covered in Louisville bars. Along with posting his music online and sending off demo tapes to countless record labels, Chaz played everywhere from open-mic nights to pool parties, and next started traveling to Nashville on a frequent basis in hopes of finding a wider audience for his music.

Upon moving to Nashville at age 17, Chaz continued gigging in bars, and later began producing in a local hip-hop collective called The Diatribe. “That was probably the most formative musical experience in my entire life, and totally changed the way I saw music,” says Chaz. “Every Sunday we’d have these freestyle cyphers, where there were drummers and saxophonists and violinists and rappers and R&B singers and country singers all in a room together for hours, everyone just throwing ideas back and forth. It was so simple but so transformational, and it really drove home the point for me that music is for people to share and have fun with. It’s meant to be communal.”

When the collective eventually dissolved, Chaz took an extended break from putting out music and focused on writing for what would become I (an album initially released under his former artist name, Spazz Cardigan). Not long after I arrived in early 2017, he began selling out headlining shows throughout Nashville, largely on the strength of his ineffably genuine presence and rare ability to connect with the crowd on an intimate level. With each of his 2018 singles ending up on Spotify’s New Music Friday playlist, Chaz soon started joining sessions in Nashville and L.A. working with songwriters like Better Than Ezra frontman Kevin Griffin, as well as Tim Pagnotta, Andrew Wells, Dave Bassett, David Hodges, and Matthew Koma. Within a month of his first L.A. visit, he scored his deals with Capitol/Loud Robot and Pulse Music Group, and quickly set to work on the making of Vulnerabilia.

All throughout Vulnerabilia, Chaz examines personal issues like insecurity and anxiety, without ever holding back or sugar-coating his struggles. And in that revealing of his deepest doubts and longings, Vulnerabilia ultimately instills a quiet courage in the listener. “A girl told me one time after a show that my set made her want to call everyone she knew and tell them she loved them, and I think that’s what I want people to get from my music in general,” Chaz says. “I’d love for my songs to make them feel more secure in whatever emotions they’re feeling, even when those emotions are a little scary. I want everyone to feel confident in their vulnerability.”